Do Red-Eared Sliders Hibernate? No, But They Do Brumate!

Reptiles in the wild undergo a state similar to hibernation called brumation. Red-eared sliders have the ability to do this, but do they need to in captivity?

No, Red-eared sliders are reptiles, and reptiles do not technically hibernate, however they do brumate. This passive state in reptiles is called brumation, and it can occur to varying degrees depending on climatic factors and the individual physiognomy of each animal.

If you have a red-eared slider turtle indoors – or in an environment with a steady temperature- you probably haven’t noticed significant changes in the behavior of your animal during the year.

However, if your pet is in an environment where the changes between the seasons are noticeable, such as in a pond, you have probably witnessed a reduction of your turtle’s activities during the winter months.

From October onwards, your turtle may present a state of torpor, very similar to the hibernation phases some mammals go through.

When kept in captivity, turtles should not brumate, as they should not be exposed to temperatures that might harm their health. If you think your pet turtle is brumating and the water temperature is above 75 degrees, you should visit a vet.

When red-eared sliders are taken as pets indoors, they don’t need to be exposed to cold temperatures (or forced into brumation), as it can damage their health.

Although brumation is a natural behavior for red-eared sliders when faced with cold temperatures, it can be dangerous to force them to hibernate, as some turtles might be too young or weak to face a cold season. Brumation is, along with hatching and mating, one of the most vulnerable moments of your pet’s life.

Brumation is a state of torpor many reptiles present when faced with temperatures they cannot maximize normal daily functions in. As a result, they reduce their activity to be able to survive in these temperatures.

Red-eared sliders experience this state of torpor when exposed to temperatures around 50˚F or 10˚ celsius. When red-eared sliders brumate, they do not eat or defecate and they remain almost completely motionless for long periods. Their metabolic rate reduces to a minimum, reducing all vital functions – even breathing to the strictly necessary.

During brumation, red-eared sliders can survive anaerobically for weeks, obtaining the energy they need to be alive through glycolysis. Up to 80 percent of their heart rate and body functions are put on hold to maximize the energy their body reserves can give them.

Due to its draining nature, brumation is a very intense experience for red-eared sliders. In their natural habitat, red-eared sliders brumate for around three months until the temperature increases.

In females, brumation triggers the reproductive cycle by ovulation. Come spring, they become more receptive to males. However, females can also be ready to mate without having to undergo brumation. If females start to nest then they may be ready to lay eggs.

What Is The Difference Between Hibernation And Brumation?

Brumation and hibernation are two related terms. In both states, animals reduce their vital functions to a minimum to help them survive the cold months. However, the difference between hibernation and brumation depends on the type of animal that experiences this state: while hot-blooded animals, such as skunks, bears, and groundhogs experience hibernation. The term brumation is applied exclusively to cold-blooded animals, such as lizards and tortoises.

What Happens When A Red Eared Slider Brumates?

In their natural habitat, red-eared sliders are used to brumation. They normally choose the bottom of shallow lakes during the winter months to put their bodies on pause until temperatures increase.

In captivity, the bottom of a pond might present a suitable place for your pet to brumate if it needs to. Besides being able to slow their metabolism and reduce their vital functions almost totally, red-eared sliders are even able to survive oxygen deprivation for several days.

In particularly cold environments, red-eared sliders can survive for around 3 months without oxygen. In warmer winter climates, these turtles can become active again very quickly and come up to the surface for basking. If the temperature drops again they will come back to a state of torpor.

During brumation, the body of your pet also experiences other changes that allow it to maintain its vital functions on hold for as long as necessary.

Anoxic turtles produce high levels of lactate in the blood which can be harmful to their health. To prevent the lactic acid from having negative consequences on their health, their shell plays an important role in buffering this acid.

What Are The Main Signs Of Brumation?

Signs of life might be difficult to identify in a brumating turtle. A brumating turtle is usually found at the bottom of a pond or a shallow lake and it can look so inactive that you might mistake it for dead.

To make sure it is not, pay attention to the limbs of your animal. If they don’t look limp and the shell presents a healthy state with no signs of rotting or damage, then it is probably in a state of brumation.

You can gently help your animal come back to a more active state by slowly warming it up in room temperature water. This way,  it can slowly go back to an aerobic state for a few days or a week.

Red-eared sliders and almost all aquatic turtles enter a state of reduced activity called brumation when the temperatures in their environment are low. This is similar to hibernation in mammals.

Metabolic activity slows down to help them survive in harsh temperatures in the wild. In captivity, it is not recommended that sliders undergo brumation as it can be quite taxing to their health.

How long do red-eared sliders Brumate?

In the wild, red-eared sliders can brumate for weeks, laying at the bottom of ponds and bringing their vital functions to the bare minimum. The length of the brumation period for a red-eared slider will change depending on its living conditions and individual factors ranging from 8 to 12 to weeks, normally between November and February.

What temperature is too cold for red-eared sliders?

How do I know if my red-eared slider is hibernating?

If your pet is older than 5 years of age- the period in which they reach sexual maturity- and presents a state of torpor during the winter months, then it is probably brumating. While they maintain this dormant state they still have control over their limbs, so if you are extremely worried about your pet’s state, there are ways to check whether it is hibernating or dead. Check their limbs – if they look healthy then your animal is just under brumating. If it shows signs of being pale or rotten, bring it to a veterinarian.

You can stimulate a response from your animal by warming it up slowly at room temperature water and waiting for your animal to reactivate its vital functions.

RES subreddit for owners and enthusiasts:

Facts on the Red-eared slider:

2 thoughts on “Do Red-Eared Sliders Hibernate? No, But They Do Brumate!” 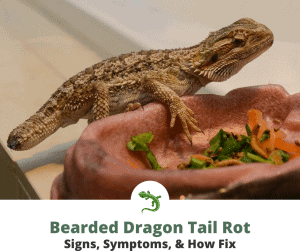 Turtle Shell Peeling: Why Does This Happen?